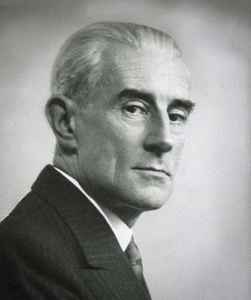 He is often associated with impressionism along with his elder contemporary Claude Debussy, although both composers rejected the term. In Ravel's piano compositions you can find harpsichord style ideas, references to the Baroque, impressionist procedures and reminiscences of romantic pianism. His music is characterized by a refined timbre and harmonic research; even if its layered and dissonant harmonic structures still remain in the tonal sphere, the traditional harmonic relationships are brought to an extreme tension (particularly in the last works). His orchestral compositions are detached from the Germanic symphonic tradition, in these works the rhythmic and timbral elements are highlighted as well as themes inspired by Spanish folklore can be found.
Ravel's entire production, from the youthful and brilliant "Quartet for strings" (1902-1903) to the "Piano Concerto for the left hand" of 1931, is a succession of precious works that are to be considered among the masterpieces of the music of twentieth century