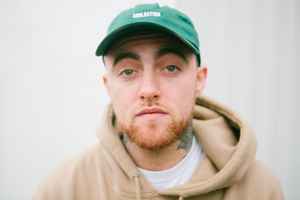 August 11, 2021
The greatest tragedy of our generation is the death of Mac Miller... You have and will continue change the world greater than John Lennon. Just like the greatest painters, your journey has just begun.
Reply Notify me 8 Helpful

February 9, 2020
I can't thank you enough for what you have done to me. You gave me music to listen to when I was in my drug-fueled years. It helped me come to my conclusion of where I am in the Universe. Who I am. What life is supposed to be and what it's not. You gave me music to listen to when I felt like I was the only one in the world. When I had the worst days in my whole life I knew who I would play. You made me not feel lonely, which is the biggest thing when battling yourself internally.

You gave me music when I came out of that era in my life. GOOD: AM was a time we both strived to get better. I remember seeing you live in Flog Gnaw back in 2015 and I lost my mind haha. You gave me music to listen to when I fell in love for the first time. The Divine Feminine made my heart flutter and It was just pure ecstasy. Once you dropped Swimming I knew it was about to get better than ever. The sky was the limit!

Months passed and all I did was listen to Swimming. Nobody, and I mean nobody, gets how I feel. You somehow did. When my girlfriend and I split It was rough, but I knew I would be ok. Wings man. That song and Come Back to Earth are just fantastic. When I pulled myself out of the hole I was in, I went back and listened to projects I never gave a chance really. I am so glad I did.

You pushed me to get better and be sober. You pushed me to feel emotions through and that its ok to feel them. You helped me be content with my life and wonder at night while looking at the stars. I even learned piano to learn your songs, and now I am going to learn guitar.

Then Circles dropped. I remember sitting here and crying the morning it dropped. I had work in 30 minutes but I didn't care. I heard my good friend, one who never knew me, call out for help while also saying "its ok that I'm leaving, and its not your fault." That album is amazing. What could have come out after would be the best music ever created.

Im 20. Im young. I feel like I have lived 2 lifetimes with the crap I have gone through. "Im way too young, to be getting old." The sum this up, I love you man. I wish I could have been there for you like you were for me. Your kindness brought smiles to everyone around you and you touched more people than you could ever fathom. Thank you for sharing yourself with the world. Miss you Mac...
Reply  See 1 reply Notify me 16 Helpful

June 14, 2018
Hey Mac Miller stop putting your records on 2 vinyls when you could easily fit them on one just so you can Jack the price. I'll never buy that shit.
Reply  See 5 replies Notify me 3 Helpful