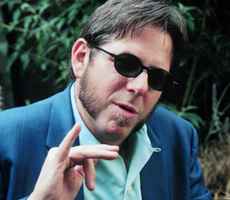 Profile:
Ralph Carney (born January 23, 1956, Akron, Ohio, USA – died December 17, 2017, Portland, Oregon, USA) was an American singer, composer, and multi-instrumentalist. His primary instruments were saxophone and clarinet but he played many instruments, often unusual and obscure ones. Carney got his start as a professional musician as a founding member of the band Tin Huey. He had a long association with Tom Waits, and worked with a vast number of artists as a session musician, including: The B-52's, Marc Ribot, Jim White, Jonathan Richman, The Waitresses, and many others. Uncle of Patrick Carney, and Michael Carney.

He recently finished recording an album in Portland, Oregon with an improv quintet named THMPR.