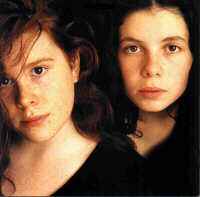 Pooka were a really creative pair who had lovely and quite unique harmony vocals, someone should do a box set and collect everything together along with their collabs with Ultamarine and Orbital. The solo stuff they both went on to do after Pooka split has some gems in as well.