The Justified Ancients Of Mu Mu 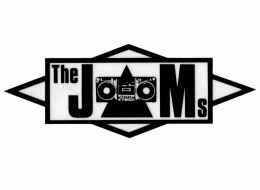 February 21, 2021
Really worth reading their book - "How to have a Number One - The Easy Way" - It should be free to read on the internet as no Kopyright! :)

February 11, 2021
Amazing how much mythology these guys have. Admittedly they were at the forefront of initially sampling as music (along with MARRS, Coldcut, Bomb the bass etc) samplers back then had a max of a few seconds storage. Next with the KLF they were at the forefront of Trance and Stadium house music (something that band's like Pendulum and The Prodigy had major success with.)
Thankfully they split or rather left the music industry when they knew their time was up and to continue would just mean churning out the same thing over and over again.
A massive place in history.
Lots of mythology created by themselves and fans rumours. Sadly missed but of their time.

September 24, 2020
Discography timeline here a little messed up. All you need is love should come first, then the Whitney single then Downtown.
See 1 reply

February 15, 2012
Bill Drummond and Jimmy Cauty were the finest artists of the latter half of the 20th century. Not just musicians, Artists. Music can't contain the scope of what they accomplished in this world.