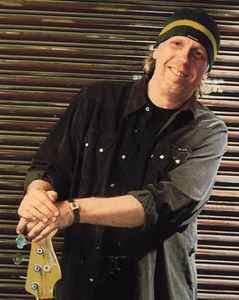 A well sought after session musician who was best known for his work with Hall & Oates, playing bass guitar for the duo since 1981.

He played bass guitar on several Elvis Costello recordings, guitar on Carly Simon's, "Coming Around The Bend" as well as accordion on Robert Palmer's, "Heavy Nova".