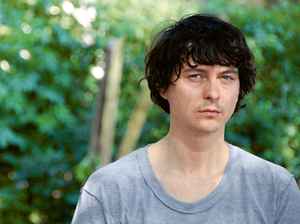 Real Name:
Noah Lennox
Profile:
Panda Bear is the alias of Noah Lennox, one of the two core members of Animal Collective, along with Avey Tare (a.k.a Dave Portner). In Animal Collective, Noah's primary role is that of a drummer, though he also plays other instruments and sings. He adopted the name Panda Bear from an early tape of his material, on which he drew a panda bear, his favorite animal.