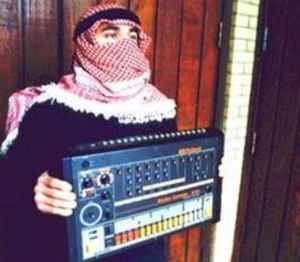 Real Name:
Julian Shamou
Profile:
Detroit's Filthiest was born in Baghdad, Iraq. When he was 2 years old his family left to pursue a better opportunity and life in America. They landed in the Motor City.

Growing up in a Detroit he was exposed to all types of music. His love and passion for music began at a young age and was the reason he didn't let the streets get the best of him.

As one of the original Ghettotech producers, Detroit's Filthiest kept his formula simple from day one: Bass, Beats and Booty. His styles (often imitated, never duplicated) helped pave the way for this exciting brand of music called Ghetto Tech. Every club in the city and radio station were playing his music on a daily basis. Having sold over 100,000 vinyl records, he has traveled the world and performed in front of 1000's of people.

Producing records since 1996, he has expanded his style from Dance Music to Hip Hop, Rock, RnB, Drum n Bass, Pop, House, and Electro .