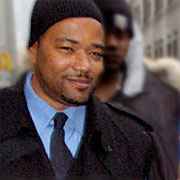 Darrell Steven Lighty, better known as "Big Baby" Chris Lighty, was an American businessman and investor. Born on May 8, 1968 in The Bronx, New York, Lighty created the legendary Violator.

On August 30, 2012, Lighty was found dead of a gunshot wound to the head. His death was ruled of a possible suicide.