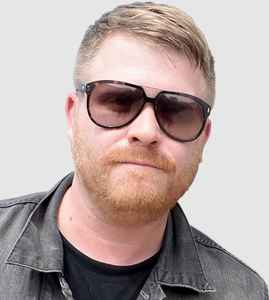 Real Name:
Jaime Stuart Meline
Profile:
Born March 4th, 1975 in Brooklyn, New York.
EL-P, aka El Producto, is one of hip-hop's most obstinate and adventurous pioneers, combining a mid-'80s lo-fi old school aesthetic with a progressive rock musician's inclination to push boundaries. He has never succumbed to the whims of corporate hip-hop, instead choosing to pursue his own decidedly uncommercial leanings. In the mid-'90s, he developed a strong reputation with the groundbreaking trio Company Flow, a band whose achievements include the first LP, Funcrusher Plus, on Rawkus Records, a label that is considered by many the best label for intelligent hip-hop. Over the group's auspicious stint together, he proved he was himself capable of intense lyricism and sonic production so powerful it could stand on its own. In the latter part of the '90s, El-P was also a collaborator with Blackalicious, Mos Def, and Dilated Peoples. In 2001, after releasing one last album with Harlem rappers Cannibal OX, the group chose to amicably pursue their own directions. El-P has started his own label, Def Jux, and was also selected to work on former Rage Against the Machine frontman Zack de la Rocha's first solo album. Somehow he found the time to work on his own solo release during all of this, Fantastic Damage, which saw the light of day in May of 2002.
Sites:
Facebook, Twitter, MySpace, Wikipedia, rapgenius.com, SoundCloud
Aliases:
El Farolito, Jaime Meline, Jimmies, Producto Mart, The Lyrical Punisher
Variations:
Viewing All | EL-P
EI - P, EL P, EL-P (El Producto), EL-P The Professional, EL-Producto C.F, ELP, El - P, El P, El Producto, El Run The Jewels, El- Producto, El-P, El-P The Professional, El-Producto, El.P