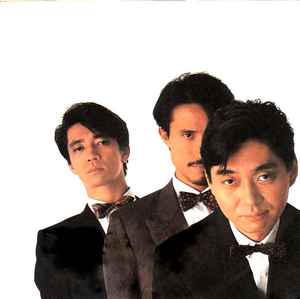 The band was originally conceived as a one-off studio project by Hosono, the other two members being recruited session musicians - the idea was to produce an album fusing orientalist exotica (cf their cover version of Martin Denny's Firecracker) with modern electronics. However the first album (with its cutting-edge production) was very popular, and the studio project grew into a fully fledged touring band and career for its three members.

Making abundant use of new synthesizers, samplers, digital and computer recording technology as it became available, their popularity and influence extended beyond Japan. Generally the band are highly regarded as pioneers of electronic music, and continue to be remixed and sampled by modern artists.

The band had stopped working together by 1984 (deliberately using a Japanese term meaning "spreading out" or "branching out" rather than saying they were "splitting up"); the three members returning to their solo careers but continuing to collaborate. They released a one-off reunion album, Technodon, in 1993.

The early 2000s saw Hosono & Takahashi reunited in a project called Sketch Show. On a number of occasions Ryuichi Sakamoto has joined in on Sketch Show performances and recording sessions. He later proposed they rename the unit "Human Audio Sponge" when he participates, although outside Japan they also used "Yellow Magic Orchestra" until ownership issues with former label Alfa were resolved, so subsequent live releases use the original band name.

October 9, 2022
Japanese Kraftwerk? Nah, more like japanese Beatles. Truly one of the best bands of all time.

To those wanting to get into YMO, you have to understand that there's YMO the group, and then a gazillion projects related to the group/solo projects, who were all pushing boundaries of japanese music from the late 70s to late 80s. Some stuff you might vibe with, others not so much, but the great thing about the YMO-verse is that it opens your mind to new genres/aesthetics. Here's a quick starter guide. Keep in mind that a lot these albums haven't been reissued and aren't on Spotify, so I'd recommend finding them on Soulseek.

Yukihiro Takahashi, on the other hand has (in my very arrogant opinion) mostly mediocre releases and a limited palette. I would still check out Saravah, Neuromantic and his Susan productions. He has a few great standalone tracks though, Flashback and Insect Symbol coming to mind.

I have big "best of" compilations of sakamoto and hosono I made a long time ago with a bunch of rarities, if ppl are interested I can upload a link.

February 19, 2022
The YMO universe is one of the richest musical seams that’s out there to discover. From their group albums, their solo projects and their production credits, to the albums they played on for other artists, it’s a Pandora’s box of joy and innovation. The most satisfying musical rabbit-hole I’ve ever leapt down.
See 1 reply

September 8, 2020
My favorite band of all time. Either collectively or individually. There's just nothing else like it, anywhere.
See 2 replies

April 16, 2020
It bugs me to this day that this band never really caught on in the USA. Given the market for techno music and foreign acts in the country nowadays, YMO could have become something big. Sadly... It seems they came out a bit too early to gain a loyal fan base stateside.

We got three albums, a handful of singles, and that was it - everything else was exclusive to Japan and Europe. That just hurts.

All that aside, YMO is still one of the best names in electronic music.
See 6 replies

I cannot over emphasize how all-encompassing this band is in Japanese pop history, three amazing musicians from different generations, all with different talents, and some--like Hosono--coming from already established discographies. They have given me so much listening pleasure over the years that I'm jealous of anyone just now getting into their music.
See 2 replies

August 31, 2018
My opinion: Not the Japanese Kraftwerk. Their use of melodic layering and complex musical compositions were antithetical to the cold and minimal nature of most of Kraftwerk's oeuvre. Many of their songs have a sense of levity about them, displaying either a joy in the creative process of musical experimentation, or just plain silliness (as in their work with Snakeman Show.) Of course, I find it insultingly reductive to say that such a prolific genre-bending musical group is nothing more than a 'version' of another group. But to compare YMO to Kraftwerk is to ignore the entire concept of musical composition and complexity in order to focus on a singular surface-level observation: they both use synthesizers.
See 2 replies

October 23, 2017
So so inventive so they were qualified as Japanese Kraftwerk.