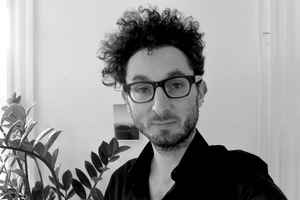 Real Name:
Stefan Prins
Profile:
After graduating as an engineer, Stefan Prins (Belgium, Kortrijk May 20th 1979) started to study fulltime piano and composition at the Royal Flemish Conservatory in Antwerp, Belgium, where he obtained his Masters degree in Composition with Luc Van Hove magna cum laude. Concurrently, he studied "Technology in Music" at the Royal Conservatory of Brussels with Peter Swinnen, "Sonology" at the Royal Conservatory of The Hague (2004-2005; The Netherlands), “Philosophy of Culture” and “Philosophy of Technology” at the University of Antwerp. In May 2017 Stefan obtained a PhD in composition at Harvard University (Cambridge, Massachusetts) under the guidance of Chaya Czernowin.

Performing improvised music is an important part of Prins's musical activities. Together with Thomas Olbrechts & Joachim Devillé he was one of the founders of the long-standing collectief reFLEXible‚ an ensemble that focuses exclusively on free improvised or instant composed music, often including dance, performance, video, film, installation.
Since 2011, he plays laptop in the band Ministry of Bad Decisions, together with Yaron Deutsch (e-guitar) and Brian Archinal (drums).
Sites:
stefanprins.be
In Groups:
Nadar Ensemble, reFLEXible
Variations:
Viewing All | Stefan Prins
Prins