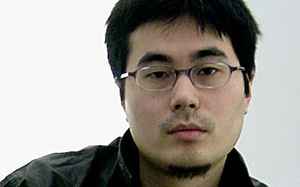 Profile:
Japanese one-man project w/ voice, no effect, no auto-tune, no edit, no sampling. Should be named "DIY human synthesizer".

Also known as the Japanese beatboxer, whose vocal only reinterpretations of Led Zeppelin, Slayer, the Rolling Stones, and many others gained cult status when his mp3’s went viral. The sensation was enough to attract the attention of Björk who incorporated his unusual skill into her 2004 Medúlla album.
Sites:
dokaka.com, MySpace, Facebook
Variations:
Viewing All | Dokaka
Dokakka