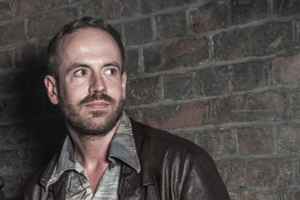 Real Name:
Ulrich Schnauss
Profile:
Ulrich Schnauss is a German composer, producer, remixer and musician, born 8 September 1977 in the northern harbour city of Kiel, known in Germany for sailing and its handball team. Based in London, he creates mainly downtempo, ambient and shoegazing, electronic music which calls to mind such diverse influences as Chapterhouse, My Bloody Valentine and LFO. After much unsigned work under some aliases, the CCO label saw fit to release his debut mini-album, "Far Away Trains Passing By". The album became a critical hit and gained more and more listeners through the next couple years as it seeped into the far East and America. Due to strong word-of-mouth and a devoted following, his follow-up album, "A Strangely Isolated Place", was an even bigger hit. He has also started branching out with collaborations and remixes with Longview, Mojave 3, I'm Not A Gun, Justin Robertson, The Zephyrs, and more.

June 24, 2020
Just got my copy of the vinyl reissue for Strangely Isolated Place. I am excited to see that his first two albums have finally been released again on vinyl! I feel like his work is underrated and under acknowledged. A Strangely Isolated Place and Far Away Trains Passing by are two very good albums that are essentially unmatched in the realm of beat driven ambient electronic music. Both still sound very good years later and both are quirky, innovated and beautiful.

March 14, 2020
Now is a Timeless Present 7CD boxset: I really really hope there is a repress of this boxset! I ordered the "Now is a Timeless Present" CD box set in January 2020 via the biggest music retailer in Finland - Levykauppa Äx - to be collected from one of their shops in Helsinki. (I want to support my local records shops so I didn't order from any online shop abroad) First I got notice it would arrive Friday 7th February. This date was pushed forward many times to Friday 13th March 2020 - ominously one might say. And yesterday on that same date - 13th March 2020 - I got a message that Levykauppa Äx cannot deliver the 7 CD boxset I ordered in January 2020 at all - they said it is completely sold out! I'm totally gutted and really disappointed - not with Ulrich Schnauss - but with Levykauppa Äx in Finland.

November 12, 2019
What ever happened to “Now Is A Timeless Present” CD boxset?, it was supposed to be released this year march. But strangely enough there’s nothing to be found about this on the web.. Any ideas about this anyone?.
See 4 replies

Last night I had the pleasure of seeing Ulrich's first live performance in the USA. Most of the 200 people couldn't make sense of it - too murky for dancing, too crisp for shoegazing. But those people who did were lost in the music, eyes closed and lips moving, trancelike. His music isn't really made for the club, though - for everyone, I think there's a certain time of day, or a certain way the world glances at you, with which his music fits perfectly. It's true that his music isn't revolutionary, but with tracks as wonderful as "On My Own" and "Can't Explain", you owe it to yourself to at least take a taste. I find it delicious.

Ulrich, to me, represents the finest in electronic music, and is by far my favourite musician. This sort of "machines have feelings" statement, combining crystalline electronic production with the most emotional chords of pop, is a recipe followed (or started?) by many others, like Solvent, but none comes any near the mastery of U. Schnauss. It is absolutely obligatory, even to those that are not too fond of "IDM".

January 23, 2004
Anyone who suggests electronic music doesn't have a soul should embark on a crash course of Ulrich Schnauss.

"Monday Paracetemol" for example, from A Strangely Isolated Place, is one of those beautifully rare tracks that plucks you from the depths of ordinary existence into something wonderfully uplifting and cosmic.

Optimistic with a dash of retrospection, positive with a hint of melancholy, luscious with an extra dimension of immensity.

This is not mere chill-out ambient twiddling, or experimental techno-muso noodling. This is Pure Sonic Bliss. Too unbelievably perfect to ignore.

December 10, 2003
I first came to the attention of Ulrich Schnauss on Tom Middletons sound of the Cosmos compilation and i was blown away by the quality of the tune to such an extent that i purchased both of his albums through Insound. Needless to say i was amazed and transfixed by not only the lush stings but the composition of each of the well crafted tracks. I can only hope that he gets back into the studio soon and brings out another wonderfull long player.

September 4, 2003
Both his albums are very beautiful music (just what electronic music needs). His best track though, is "Wherever you are", found in the "Blue skied and clear" compilation. A very talented musician, I hope he continues to write music of such a high level.

June 29, 2003
I'm not sure what it is about his music, but it really makes me think about everything going on in my life.. both the good and the bad. For instance right now listening to Nobody's Home and it just... makes me feel warm inside, but yet, think about my GF that broke up with me last week after 6 months /sigh