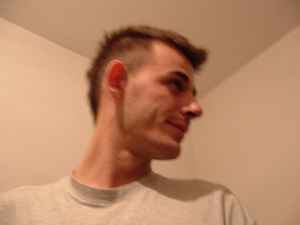 Real Name:
Uge Ortiz
Profile:
AZ-Rotator is the solo project of Uge Ortiz, born in Madrid in 1976. He started out as a vocalist in Hardcore band Dr. Bacterio, and moved to become one half of a synth/laptop/punk duo called E.B.U.D.P, before Aphex Twin became a big and very audible influence. The discovery of electronica and IDM led to experiments with Casio Tones, old rhythm-boxes, effects pedals, dirty knobs, damaged connections, frequencies, sequencing tricks, and MIDI controllers’ and was the catalyst for Oritz to launch his solo career.

After considerable experimentation, AZ-Rotator was born. The first release was the 2005 Clorometiconn EP on Spanish netlabel Error Deluxe Records. The cut-up, idm glitch aesthetic and experimental breaks (bordering on drum and bass) attracted the attention of Berlin-based experimental/noise label - Ad Noiseam, and they released the debut AZ Rotator album in mid 2006 titled Science of Chance.

Among his many remixes, in 2006 Ortiz produced an extended project for Brazilian netlabel Temp called "Anticaking For Zinc Sulphate" featuring remixes of the noise outfit Hansel (US) and the mysterious Metronique. AZ-Rotator has played gigs across Europe, and at festivals including Decibelio (2005), Sonar (2006) or CTM07. Most of those gigs he is collaborating with the visual artist Anxo Amarelle.
Sites:
az-rotator.com, MySpace
Aliases:
Uge Ortiz
Variations:
Viewing All | AZ-Rotator
AZ Rotator

May 31, 2021
EMPSAVER just blessed us both... Ask anything else from the depths of your heart for the betterment of all of us and I promise you it will be fufilled... God Bless you and may His love ever shine forth brilliantly for your amazing works my brother. I will pray for you on yours and our behalf for the excellence of our magnificence to shine forth in eternal honor. Amen