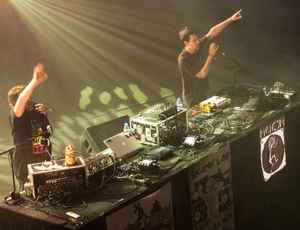 Active since 2005, first with Mathias on Drums who left in 2012. Antoine, who started in 2008 as sound engineer becomes drawn in even more and together they establish the skanking cat as their figurehead with their 2014 release 'The Skankin´ Cat' on the netlabel ODG. Until today they release free mp3 versions of most of their releases paired with CD/Vinyl and play live whenever they can.

Mahom teamed up with Ashkabad 2015/16 in the Bass Trooperz project which also plays live.