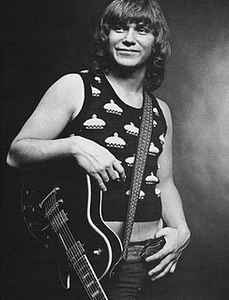 Terry Williams (born 6 June 1947, Hollywood, California) is an American singer-songwriter. He was one of the founding members of The First Edition, along with Kenny Rogers, Mike Settle, Mickey Jones and Thelma Comacho.

After Settle and Comacho departed, Williams and Rogers were co-owners of the group. Later Rogers took over as sole owner. Williams co-wrote with Rogers the song, "Mommas Waiting", which has been included on many albums, as well as on the B-side to the hit single, "Something's Burning", and has sold in the multi-millions.
Members:
The Williams Sisters (5)
In Groups:
K. Wallis B. And The Dark Shades Of Night, Kenny Rogers & The First Edition
Variations:
Viewing All | Terry Williams
T. Williams, T.Williams, Terry, Williams