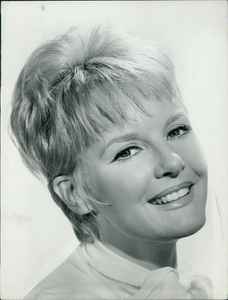 She began as a singing child prodigy in the U.K. at the age of 9. Promoted and tutored by an enthusiastic father, she had started singing professionally at the age of seven and became a familiar singing voice on wartime radio and in concerts for the troops. By the end of the 1940s she was an established singing star and she also appeared as an actress in many films of the era working with such stars as Peter Ustinov, Anthony Newley and Alec Guinness.
Petula’s first recordings were Rank promo 78’s in 1949 and her first commercial recording was “House in the sky” / Put your shoes on Lucy for Columbia in 1949. Her first major recording contract was with Polygon Records in 1950 and her first chart success was in 1954 with “The little shoemaker” which also got issued on 45 and 78 in the USA. A series of chart successes continued in the U.K. from the 1950’s to the early 70’s Including two #1’s “Sailor” and “This is my song”. In 1988 a remix of Downtown brought her back to the UK Top 10.
Her breakthrough on the continent was in 1957 with “With all my heart“ hitting the upper reaches of the Dutch and Belgian charts, and Petula’s first French language hit the same year was “Histoire d'un amour”. Petula married Frenchman Claude Wolff in 1961 by which time she was already one of France’s top girl singers and through the 1960’s big hits such as “Romeo”, “Ya ya twist” “Coeur blessé“ “Chariot” “Que fait tu là Petula" and “C’est ma chanson”.
In 1962 Petula topped the German charts with “Monsieur” which she only recorded in the German language which won her a gold disc there and she also topped the charts in Italy and Spain with songs sung in Italian and Spanish.
In 1965 Petula finally broke America with her number one double Grammy award winning song “Downtown” and she won another Grammy for the follow up “I know a place” and in 1966 she became the first British female singer to top the American charts twice with “My love” in 1966 and voted Top female singer by “Cashbox” music trade magazine and in 1968 by Playboy magazine. Petula hit the American Top 40 15 times in three years.
Petula has continued to record and appeared in concert all over the world and in 2012 her “Cut copy me” hit the Belgian pop charts and a dance remix hit the club charts all over Europe. Petula was back on the British album charts in 2013 with “Lost in you” and in 2016 with “From now on“. Her brand newly recorded French-Canadian album “Vu d’ici” peaked at #39 on the ITunes daily national chart in Canada in 2018 and in 2019 a hits album reached the physical album and sales chart in the U.K. 70 years after her first record release.
Sites:
petulaclark.net, petulaclark.co.uk, Wikipedia, imdb.com
Aliases:
Al Grant
Variations:
Viewing All | Petula Clark
C. P. Sally, C.P. Sally, Chek, Clarck, Clark, Clarke, Grant, P Clark, P. Clark, P. Clarke, P.Clark, Pet Clark, Pet Clark, Petula, Petula Clarck, Petula Clarke, Petula Clarková, Petula Clqrk, Petula clark, Petula's Dancing Club, Petular Clark, Petura Clark, Pétula, Pétula Clark, Retnla Clark, STOP, ぺトゥラ・クラーク, ぺトラ・クラーク, ペトゥラ・クラーク, ペトラ・クラーク