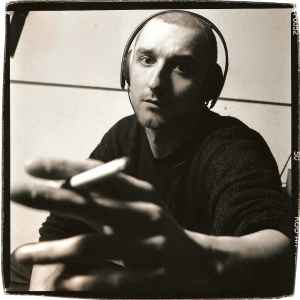 Real Name:
Beaumont Hannant
Profile:
An eclectic producer who released four LPs during 1993-94 but then all but retired his solo work for a place in the trip-hop duo, Outcast. Beaumont Hannant began DJing in 1986 after attending several hip-hop mixing competitions.

During the late '80s he was heavily into electro, techno and hip-hop as well as indie-rock (he even managed fellow natives of York Shed Seven for a while). Hannant began working on production in 1993 with the EP "Tastes and Textures Vol.1" for GPR Records. One track, "Awakening the Soul", appeared on the Positiva Ambient Collection and Hannant released his debut album "Basic Data Manipulation" (Tastes and Textures Vol.2) that same year.

In 1994 Hannant recorded three full-lengths (Texturology, Bitter Sweet, Sculptured) for GPR, each possessing a variety of styles. By 1995, however, Hannant had begun to diversify his talents, providing remixes for Autechre, Björk and Ned's Atomic Dustbin, producing indie-folkie Lida Husik and founding the group Outcast with his engineer Richard Brown.

April 16, 2021
For those who - like me - wondered what became of Beaumont Hannant, this piece by Mike G, from 2019, on his Ambient Music Guide website should be of interest: http://ambientmusicguide.com/interviews/mind-colours-the-story-of-beaumont-hannant/.
Thanks for the article, Mike, and thanks for the music, BH.
Reply Notify me 16 Helpful

Loved Texturology. Great memories listening back to that. Beaumont Hannant, where art thou?

May 14, 2018
and what did he do next? not meaning musically but always interested in musicians who move on with their lives elsewhere
Reply Notify me 1 Helpful

July 4, 2017
Insane producer. A man with an unmistakable style, who brought out true individualism through his music
Reply Notify me 2 Helpful

Genuinely will never understand why this guy stopped making music. Such a shame, he was such a great producer. Managed to develop an individual style and contribute to a wonderfully developing electronic scene.

Tastes and Textures vol. 2 is the pick of the bunch for me, so many varied styles and influences obvious from the tracks on the album.

February 22, 2017
Beaumont Hannant had a track released on "Artificial intelligence 2" Warp compliation, named Utuba. It is where i first encountered the talent of this musician and the quality of his music gave easily its place among stars of the genre like Autechre, Balil or Link.
Reply Notify me 6 Helpful