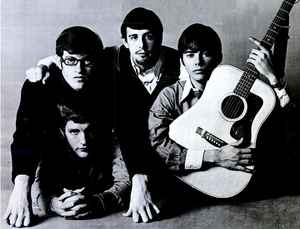 Profile:
The Cyrkle was a short-lived American rock-n-roll band, active in the mid-1960s. They were best known for their 1966 song "Red Rubber Ball," which went to #2 on the Billboard Hot 100 chart. The band was discovered and managed by Brian Epstein and given the unique spelling of their name by John Lennon. The group was formed by guitarists and lead singers Don Dannemann and Tom Dawes (bass guitar), who met while studying at Lafayette College in Easton, Pennsylvania. The other members were Earl Pickens on keyboards and Marty Fried on drums.