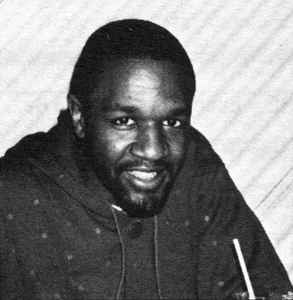 Profile:
Born in Newark, New Jersey, Nick Jones’ interest in the art of Deejaying began as an avid listener of disco mix broadcasts on New York City radio in the 1970s. Influenced by the radio mix shows, he began to hone his skills and develop his craft as a DJ by spinning records at local parties in New Jersey.

In 1985, Nick had a chance encounter with the owner of a music store in the SoHo section of New York City. The name of the store was High Tech Music and the owner was Leroy Washington. Leroy was the principle DJ at Studio 54. Impressed by Nick’s enthusiasm and knowledge of music, Leroy offered Nick the opportunity to join his team at Hi-Tech Music. Working at Hi-Tech led to many opportunities. Nick was able to secure DJ gigs and residencies at some of the most popular clubs and parties in NYC.

Nick has produced and remixed music for labels such as King Street Sounds, Shelter Records and Wave Music. Some of his hit records include, “Live My Life”, “Love is” (Wave Music) “Harmonies”, “As I Take You Back”, “When You’re in Love” (King Street Sounds) “Dreaming” (Shelter Music) and “Being Me” (Imani Records).