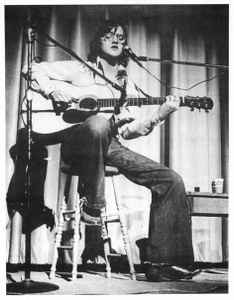 Real Name:
Roy Forbes
Profile:
Bim aka Roy Forbes and his trusty Gurian guitar have toured extensively in Canada and the US over these past three decades. From the early days of small coffee houses and opening act slots with artists like John Lee Hooker, Supertramp, The Earl Scruggs Revue and Santana to eventually selling out his own shows and headlining most of the major Folk Music festivals in Canada, Roy has developed into one of Canada’s best loved acoustic performers.
Through the years Roy has made a bunch of solo albums (including one for US giant Elektra) plus two with UHF (the ‘once-in-a-while’ group he shares with Shari Ulrich and Bill Henderson), as well as a Christmas album with Connie Kaldor. The first, 'Kid Full Of Dreams', received a Juno nomination in 1976 while 1998’s 'Crazy Old Moon', received a 1999 Juno nomination and a 1999 West Coast Music Award, one of several WCMAs Roy has received over the years.
Sites:
royforbes.ca, canadianbands.com, Wikipedia
Aliases:
Roy Forbes
Variations:
Viewing All | Bim (8)
B.I.M. Russell, R. Forbes