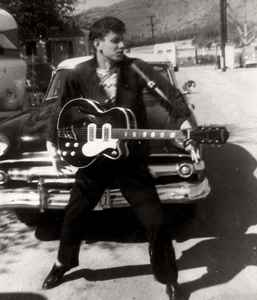 This is the Holy Grail of ALL music, the rawest and truest and most honest songs from a man who lived a totally psycho-hillbilly life, and put it to music. Nothing can come close to this music of a man singin', playin', and stompin' out experiences in his life in a musical form. NOTHING - not in any genre of expression of life in music in existence. Not just roll over Beethoven, roll over every motherfucker who ever sang a word or played a note. Now just go get the 'Out To Hunch' comp and let it have it's place as the Crown Jewel of your otherwise measly collection of music.