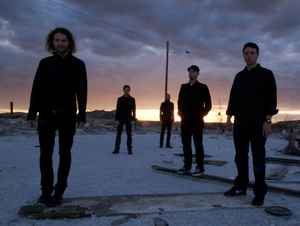 Profile:
Isis (stylized ISIS) was an experimental sludge / progressive / post-metal band in the vein of Neurosis, Godspeed You! Black Emperor, and Godflesh. Originally founded in 1997 in Boston, Massachusetts, the band relocated to Los Angeles, California in 2003.

On May 18, 2010, Isis announced that they were disbanding; they played their last show as an active band on June 23, 2010. The band's statement said that they had "done everything we wanted to do, said everything we wanted to say," citing an agreement they made early on to end before pushing "past the point of a dignified death." The final lineup reunited for an October 13, 2018 benefit concert (paying tribute to Caleb Scofield), performing under the name "Celestial" due to the association of their namesake since disbanding.

July 30, 2019
Within their respective genre, I feel like Isis is at the top of the heap. You could compare them to other bands like Neurosis, but that would be a disservice all around. Isis is vastly different and just superior, as far as I'm concerned. If you want aggressive walls of sound that tear your face off, choose Isis. If you want beautiful soundscapes that send chills up your spine and give you goosebumps, choose Isis. Oceanic is a great album if you want a taste of everything they're capable of.
See 1 reply

For the first time, i read about this Boston band in the local newspaper and decided to give it a listen. They are certainly worthy of praise and appreciation and far from being Neurosis clones as some people label them. Each album is conceptual - it have its own subject (for example - water or skies). In terms of vocals, Aaron Turner provides screaming/whispered vocals in the vein of afromentioned Neurosis, but the band is also adding ambient interludes between some songs. Hopefully, with the release of their new album, they will get more attention.