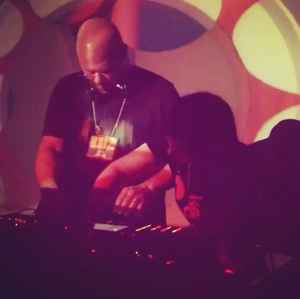 Profile:
2DeepSoul is a collaboration project between artist Rai Scott and Brad Peterson. In the late 90's and early 2000's, Brad and Rai were both playing and making a style of music that was beginning to be known as "Deep House". Back then it was mainly music from the "B" side of house music records. It was a style of house music that normally wasn't played on a dancefloor and often considered "Too deep" to release on its own.

When they met in 2008, they immediately began making music together. When they decided to come up with a name, Rai happened to pull out one of her old Rick Wade records that she bought from a bargin bin in Nottingham, as few people (if any) were playing or listening to deep house music at that time. In fact, on that record someone had even written "2Deep". As they began working on music that day, they felt a connection as "One Soul" in the singular. From that day their name was born and soon after, out came their first EP which was on Altered Moods. After that record ruminated for a while, they soon had other release opportunities on labels like Yore, Minuendo, Deep Explorer and their own Inner Shift Music imprint.
Sites:
Facebook
Members:
Brad Peterson, Rai Scott