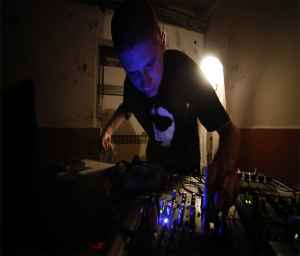 Real Name:
Marko Jović
Profile:
Xtematic is alter ego manifestation of Marko Jović (born in Croatia, Osijek, 3/3/1994), which started to manifest in 2011. Marko started his art life through listening to various styles of electronic music such as techno, breakcore, drum and bass, trance, hardcore, industrial... He discovered and started producing harsh noise, experimental, dark ambient, hnw, glitch and similar music styles/genders at age of 16. During this time big influence on him had a free improvisation, noise, experimental artist Diazepa.M who brought him into the world of producing. His first release was harsh noise release on Shit Noise Records and after a few days later he released an experimental noise, ambient on Itsu Jitsu label together whit Adrien Miller... Through years he started to connect with more and more people with similar art interest and ideas. He collaborated with a lot of different people from all around the world and have released his work on various psychical formats such as audio tapes, CDs/CDRs, floppy disc, vinyls, digital... In his works, as Xtematic, he is trying to present different states of mind/emotions and he is not strictly connected to one theme or concept. Industrial culture and contrast between dark and light emotions are just some of the themes which he deals with. Projects and artist like Polar Inertia, Pain Jerk, Government Alpha, Genocide Organ, Kazuma Kubota, Godflesh, Access to Arasaka, Lustmord, Aube, Zdzislaw Beksinski and lots of others had a big impact on Marko's producing and life. Some of artist with which he collaborated on different projects are The New Blockaders, Government Alpha, Torturing Nurse, Cubic Nomad, One Little Flickering Moment Called Reality, The Karmakumulator, Pavleisdead, To-Bo, The Haters, Richard Ramirez, Dangerous Beat, Mo*Te, :dARM... Except sound he is also active in photography, video, graphic design and sometimes in fine arts.