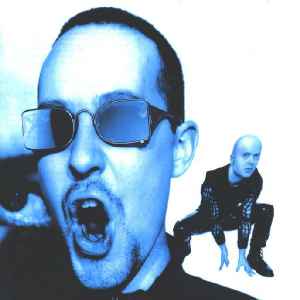 This page was such a strange mismash of incorrect artists until I figured out who Happy Campers actually were in a bio for Flunk. The confusion seems likely due to that Happy Campers is the name of a few bands from the same era, though all sound completely different. What also didn't help is that this Happy Campers went through an evolution themselves in an incredibly short time period, and I initially thought their earlier work was also a separate act as well. I still need to check out their earlier stuff, but their later stuff is absolutely brilliant future jazz trip hop drum n bass hypnotic breaks, which makes me wonder if there was possibly a lineup change between releases. Actual info on Happy Campers during their active years appears nonexistent. Oh and that Flunk bio did mention a fourth member, no idea who that is.