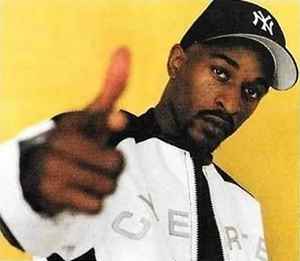 Rakim Allah, a native of Wyandanch, New York, revolutionised the rap artform during the late 1980s as one half of the influential hip-hop duo Eric B & Rakim. The duo parted ways in 1992 after releasing four popular albums, including the all-time hip-hop classic 'Paid In Full'. After taking a five-year break from music, Rakim returned as a solo artist in 1997 with the album 'The 18th Letter'. He continues to record sporadically.
Sites:
Facebook, Twitter
Aliases:
William Michael Griffin, Jr.
Variations:
Viewing All | Rakim
Hakim, Raakim, Rakim Allah, Rakin

At least 10 words must be entered. Please enter at least 6 more.

August 22, 2016
One of the greatest, if not, the greatest mc to ever grace the mic. Grandmaster Flash might have made rapping an actual thing, but it was Rakim who made it an art, spitting words like some hip hop messiah. As example “They never grow old, techniques become antiques/Better than something brand new ‘cause it’s real/And in a while the style’ll have much more value” from the track "Don't Sweat The Technique". Or how about the chorus of "when I'm Flowin", "Yo, I find a show, rhyme til it's time to go, I'm designed to blow, my mind's inclined to flow
Yo, my M.O., makin all kind of dough, From the info that Rakim show, y'know?"

See? Isn't that just flatout incredible! Worth the attention if your any sort of rap afficiando