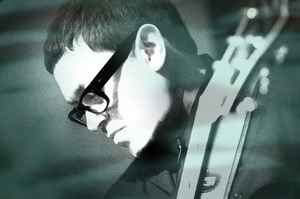 Real Name:
William Nelson
Profile:
Bill Nelson is a British musician, painter and photographer. Born December 18, 1948 in Wakefield, West Yorkshire (England) he is best known as the founder of Be Bop Deluxe (1972-1978), although he is also a prolific and accomplished solo artist in his own right.

Following an education at Wakefield College Of Art, Bill Nelson's first recorded works were contributions to Holyground recordings A-Austr: Musics From Holyground (1970) and Astral Navigations (1971). His first solo album Northern Dream was released on Smile Records in 1971 and saw notable airplay by John Peel. A year later Bill formed Be Bop Deluxe, a venture that under Nelson's guidance morphed from its initial blues and glam rock beginnings into a stylistically experimental endeavour that encompassed elements of prog rock, new wave, art rock and proto punk. Bill disbanded Be Bop Deluxe in 1978, however these influences were taken further for his next project Red Noise (1978-1979), after recording Sound On Sound he concentrated on working as a solo musician and received critical acclaim for his experimental synth-pop releases Do You Dream In Colour?, Quit Dreaming And Get On The Beam and The Love That Whirls (Diary Of A Thinking Heart). The latter part of the 1980s saw Nelson progress into increasingly esoteric territory as his personal interest in occult and gnostic beliefs were packaged alongside voluminous ambient albums which were created with the immediacy of creative inspiration. This work ethic saw the release of a staggering amount of music. Despite personal and financial troubles through the late 1980s he has maintained a prolific recorded output and although he does not tour he makes a single public performance each year at annual 'Nelsonica' events in Yorkshire, England.
Sites:
billnelson.com, Facebook, Twitter, Bandcamp, Wikipedia
Aliases:
Cabasa El Dubova, Orchestra Arcana
In Groups:
Be Bop Deluxe, Bill Nelson And The Dreamsville Poets, Bill Nelson And The Gentlemen Rocketeers, Bill Nelson And The Roy Rogers Rocketeers, Channel Light Vessel, Global Village (2), Red Noise (2)
Variations:
Viewing All | Bill Nelson
B Nelson, B. Nelson, B.Nelson, BN, Bill Nelson And His Lighthouse Signal Mechanism Orchestra, Bill Nilson, Global Bill Nelson, Nelson, Neson, W. Nelson, W.N., William Nelson, Бил Нельсон, Билл Нельсон

December 4, 2020
escuse me for the repetition,this is a first time for a "commentaire"
Marko.

December 4, 2020
the best,weird,crazy,genious guitarist,musician and prolific ,compositeurof 20th and beginning 21th century!
and a master and member of a fabulous band BE BOP DE LUXE!
many many THANKS MR BILL NELSON.
Marko.