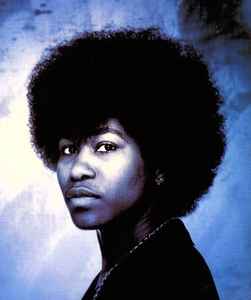 Real Name:
Joan Anita Barbara Armatrading
Profile:
British singer, songwriter, and guitarist born December 9, 1950 in Basseterre, Saint Kitts and Nevis in the West Indies. Armatrading moved with her family to Birmingham, England, United Kingdom, in 1957 and in the early 1970s, moved to London to perform in a repertory production of "Hair".

Armatrading has been nominated twice for a Brit award as best female vocalist and has received an Ivor Novello Award for Outstanding Contemporary Song Collection in 1996. She has been nominated three times for a Grammy Award, including being the first UK female artist to be nominated in the Grammy Blues category for her 2007 release "Into The Blues". She was made a Member of the Order of the British Empire (MBE) in 2001.

April 8, 2022
After the self title ‘Joan Armatrading’ this is great sounding record on Vinyl and as always a great band around her.
Reply Notify me Helpful

June 18, 2021
She is sooooooo much better then any of the pop tart female singer that are so popular now. Joan could show them a thing or two.
Reply Notify me 3 Helpful

One of the GREATEST songwriters of all time. Do yourself a favor if you are not familiar with her work. Records sound incredible on vinyl. Dynamic range rivals (dare I say..) the Steely Dan LP's and these can be had cheaply. You will not regret picking a few of her early LP's up.