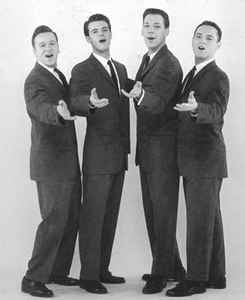 Profile:
The Diamonds are a Canadian vocal quartet that rose to prominence in the 1950s and early 1960s. Formed in 1953 the group has had a number of line-up changes and is still active.