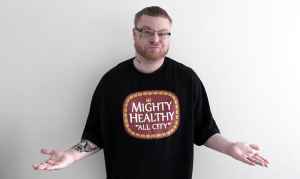 Real Name:
Peter Forsberg
Profile:
Phonetik. Active in Hip-Hop since the mid-90's, as a b-boy by the name FASHONE1, primarily in outfits such as Arctic Force (ACF) and The Alliance. Later in the Duo Z.U.B CREW with Quake. As the youngest member, he subsequently left these groups which he had named, due to internal beefing within the groups. Performing as a dancer with Company Flow and encouraged by Maurizio of Rock Steady Crew Italy to "Never stop dancing". He is also a grafitti artist. Phonetik was an organizer and volunteer. In the 90's at Avalanche 97' showcasting Rock Steady Crew Canada, Asia One and Easy Rock aswell as Rapgroup Looptroop. In his early years promoting and selling Cd's for Hip-Hop Crew Black Noise from The Cape Flats in South Africa and DJ'ing at a Skateboard Center in his hometown. He briefly joined Rapgroup Supascientifiku. Encouraged by Evidence of Dilated Peoples he later appeared as an English speaking MC in 99' when Streetwear store Rag & Bones released Phonetik - The Sounds of Speech EP. (*SOS) A critically acclaimed EP, which today is considered one of the few Swedish Hip Hop classics. Executive produced by Da Hoova he released the CD Survival Tactics. Phonetik was one half of Rap Duo Artofficial Intelligence with rapper ALX. He is nowadays a Producer, Songwriter, and also does comedic writing. (*Read Hip Hop, RnB, Standup). In 2014 he was suggested by Chief Minister Life9 of The Universal Zulu Nation for induction in The UZN Hall of Fame. He declined. The same year he produced a Mixtape series under the alias Tribunal promoting other artists both mainstream and underground in the genres of Hip-Hop/RnB, Pop and Reggae. Phonetik is considered to be one of Sweden’s best live performers and he has numerous live shows behind him. Among the bigger ones you’ll find, The World Expo in Hannover and The Hulstfred Festival. Phonetik stands out from the crowd mainly due to his freestyle shows, where he is known to improvise entire live sets.

January 24, 2017
TWD 1.2 - Cryptography - Is a GATUSLANG aka MFSTHATHUSTLA Exclusive - (Aswell as many other Tapes, Demos, and recordings by Phonetik ) - The original S.O.S. EP - aka "The Sounds of Speech EP" or "The Sound of Speech EP", is available exclusively on Facebook as of February 2017 - Peace.
Reply Notify me Helpful