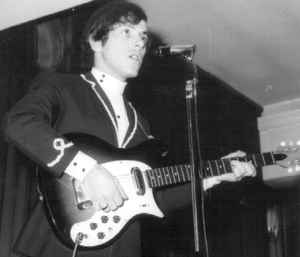 Real Name:
Roberto Donati
Profile:
Maestro Roberto Donati was born and raised in Italy in the sixties. As a guitarist/singer he ended up forming a wide variety of bands playing a broad spectrum of musical genres like Rock, Pop, R&B and Country & Western. Many of his songs were recorded as singles on the Belldisc label in the late sixties and seventies.

With all this experience under his belt Mr. Donati then devoted himself to the composition of soundtracks. These were all recorded under the pseudonym ‘Budy’ and were often collaborations with Maria Fiamma Maglione (who passed away from cancer in 2003) thus the name ‘Budy Maglione’ was born.