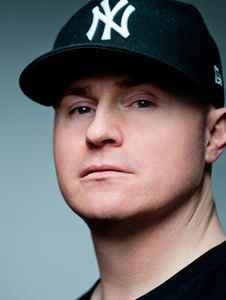 Real Name:
Torgeir Byrknes
Profile:
Hailing from Norway, TeeBee has been active in the world of drum & bass since 1996.

Following two albums for Certificate 18, TeeBee launched his own Subtitles Music imprint in 2001, announcing the arrival of names such as Noisia, Spor, Break, Phace and Ulterior Motive.

In 2007, TeeBee joined forces with Calyx and the fruits of their labour was 'Anatomy', under the straight-forward moniker of Calyx & Teebee. They went on to produce two more albums together, 'All Or Nothing', in 2012, and '1x1' in 2016.
Sites:
Facebook, MySpace
Aliases:
Black Science Labs, Torgeir Byrknes
Variations:
Viewing All | Teebee
DJ Tee Bee, DJ TeeBee, DJ Teebee, Dj Teebee, TB, Tee Bee, TeeBee

Teebee is about as amazing as a producer, and dj, as you'll find in drum'n'bass, let alone electronic music.

There isn't anyone in dnb that puts as much effort into their tracks or dj sets for that matter, his tracks not only destroy dancefloors but you can also sit back and be amazed at the sheer production value of his tunes, the lowest of the low and the highest of the highs. Just when you think you've heard everything about one of his tunes, you'll discover another underlying melody, another hidden hi hat pattern, another small bass riff.

His style is intelligent, techy, deep & dark - but most of all, unique. It's no wonder everyone wants to collaborate with Teebee (Photek, Calyx, Bad Company to name some of the bigger guns)

and as for his djing? well, he spent 3hrs practicing at midday at a local gig before playing a 3 1/2hr set later in the night... talk about dedication for putting on a good show...

But it's not enough, as he also runs his own label 'Subtitles' while also featuring on some of the biggest labels in dnb from the likes of Metalheadz, Moving Shadow, Photek Productions & the late Certificate 18 to name a few..

Be sure to check out his latest LP 'The Legacy' which is undeniably & indisputably the best album of 2004.

June 2, 2004
teebee used to sit in the backgroun for me while i favoured the rougher stuff, but that grows tiresome after a while and is it appeal is easily bettered by guys like venetian snares in terms of the crack rush. teebee just seemed to jump out at me one day whilst i was in tokyo and seemed to fit in with the feel of the entire trip.

i just cant get enough of his ultra clean and consumate production skills. the basses are touch you everywhere and the flow of his tracks are incredible.

i agree with the other guy about him appealing to an older audience too.

April 11, 2004
Teebee has consistently been my favourite drum & bass producer since he appeared a good many years ago, somewhere around 1997. He has a deeper understanding of what makes a track maintain presence, power and longevity than many engineers / producers presently out there seem to have. His music has power, depth, space and is brilliantly infused with elements of light and dark that complement each other perfectly. In general, I do think Teebee is making music appealing to an older audience. I grew up with breakbeat Hardcore and Jungle from 1993, and am now in my 30's. From what I have seen in the last few years, the youth often appreciate music that is less crafted and just plain brutal, and I think Teebee's more thoughtful sensibilities are often ignored.
Reply Notify me 4 Helpful