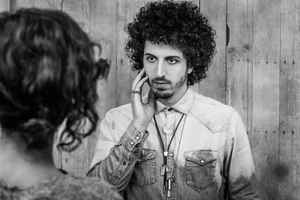 Profile:
Ben Darwish is a pianist, vocalist, and composer based in Portland, OR. He has won numerous awards including a 2008 Downbeat Award and the 2010 ASCAP Young Jazz Composer Award. In 2009, his group was chosen out of hundreds of entries to audition at Jazz at Lincoln Center for the state department tour. His group features some of the most exciting young musicians in the Northwest, namely Tim Willcox on sax, Bill Athens on bass, and Randy Rollofson on drums. Darwish has performed with artists such as Reggie Watts and Esperanza Spalding, but his greatest strength is as a bandleader.
Sites:
Bandcamp, bendarwish.com, SoundCloud, instagram.com, Twitter, Facebook
In Groups:
Ural Thomas And The Pain