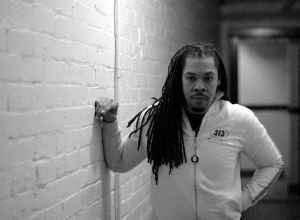 Real Name:
Maurice Herd
Profile:
Maurice ‘Pirahnahead’ Herd is a Grammy Nominated String Arranger, Producer, and multifaceted music aficionado. A true ambassador of music with tireless work ethic. From the age of two, music became his life's mission when his Mother taught him piano. Soon he discovered his passion for Guitar, and by the age of thirteen he became a young session musician who observed producers, arrangers and engineers as they turned musical ideas into magic.

A naturally gifted string arranger, he honed his talent as a Wayne State University music major; but as the protégé and music copyist for the iconic MOTOWN arranger Paul Riser he gets the ‘old school’ flavor, plus the cutting edge that is sought by many. Pirahnahead arranged and conducted strings for Hip-Hop royalty De La Soul's album 'And The Anonymous Nobody' (which earned a GRAMMYTM Nomination in 2016) on tracks featuring Jill Scott, Snoop Dogg, Estelle, and Pete Rock. Also, he arranged strings for Mali Music’s ‘Loved by You (ft. Jazmine Sullivan)’ and ‘Still’ (which earned a GRAMMYTM Nomination in 2017). In 2020, he elaborately orchestrated the short film for Victoria Monet's "Jaguar" project, and collaborated with Monet on "A Jaguar Christmas: The orchestral arrangements" charting at #1 on Apple Music's Classical charts. Pirahnahead also arranged strings for producer Salaam Remi's version of 'Strange Fruit' featuring the voice of the late Betty Wright for Salaam's "Black On Purpose" album. He has also done arrangements for Brandon Williams, Alex Isley, Shaun Martin (of snarky puppy), Carmen Rodgers, The Foreign Exchange, and various notables in the House Music & EDM genres such as Tom Glide, Shuya Okino, Quentin Harris, DJ Spinna, and Clara Hill.

Since his childhood, Pirahnahead has worked toward being the musically driven individual he is today. A record producer and engineer with over 30 years experience, he studied at the Recording Institute of Detroit in 1990. He still uses the various techniques he learned from many greats, such as legendary P-Funk engineer Jim Vitti. Pirahnahead is a ‘purist’ having learned the old-school way; threading tape machines, and making coffee for the lead engineer. He became chief engineer at Studio 707 in Lansing, MI - one of Michigan’s first hybrid recording rooms in 1992. He has engineered at the legendary United Sound Systems and is currently at Al Sutton’s Rustbelt Studios (where Greta Van Fleet got the Grammy Win). As a producer, in 2004 Pirahnahead burst onto the house / dance music scene with Diviniti’s ‘Find A Way’ which became a dance floor staple and still is. It was even sampled by The Foreign Exchange in 'Asking For a Friend' (Tales from the Land Of Milk & Honey, 2015). Also, Pirahnahead did remixes for Kem, Avery Sunshine, Marva King, and Lex Empress which were hailed by many industry tastemakers. Pirahnahead has worked collaboratively with Reggie Dokes, DJ Minx, and Craig Huckaby, on releases from Women On Wax Recordings, Prime Numbers and Sound Signature. So in an effort to operate his own, he launched the label Whasdat Music in 2006 which continues to this day. He has toured alongside Moodymann, Diviniti, Los Hermanos, and factions of the P-Funk All-Stars, such as Enemy Squad which toured with Bernie Worrell, among many others. He has performed at Woodstock, Montreux Jazz Festival, North Sea Jazz Festival, and Tokyo Crossover Jazz Festival (with Diviniti), and has had the honor to share the stage with high caliber musicians; Don Was, Amp Fiddler, (The Late) Allee Willis and Kern Brantley and was musical director and producer for Les Nubians.