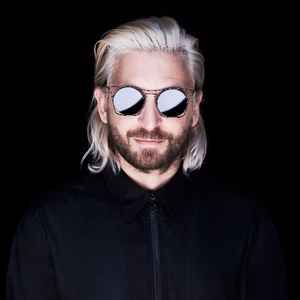 February 8, 2014
There was a time where nearly everything Fresh put out was buy on sight. Tunes like The Nine, Tomb Raider and Inoocence.
However, recent offerings are very commercial sounding and, in my opinion, very poor compared to what the man is capable of.
Many in the DnB community sorely miss his old productions, particularly ones with BC.
Anyone else wish Fresh would move back to his roots? No hate to him or anything, what he's doing is good, but nowhere near as good as it should be.

March 8, 2010
dude...
last saturday...bremen...baaaam! just fuckin awesome...
your set was 100% kickass-sound!!!
well, now I just want to ask if you could send me the tracklist
cause I have to check out some of the tracks and maybe get some new vinyls...
maybe you could me send the whole set from bremen too?
well...anyway, lots of greetings and keep on rockin...

This man has changed the way I'll forever look at Drum and Bass. Some of his tunes have outstanding melodies (like Submarines) that is like the best trance you've ever heard in Drum and Bass form while other tracks of his he just gets down and dirty just pulling out some wicked beats and bass (Like Colossus Capture the Flag). Everything he does seems to ooze with character and drama to present a package that no one has ever heard the likes of before.

Not only is he an outstanding Producer but he's a great DJ as well nabbing the 8th spot on the best Drum and Bass DJs list for 2004 on DnB Arena. His mix "The Red Mix" is a great mix with great track selection, great mixing, and Darrison's MCing is incredible. He released Bass Invaderz recently which just has some wicked tunes on it that are mixed perfectly.

All in all, you can never go wrong with something by Fresh.