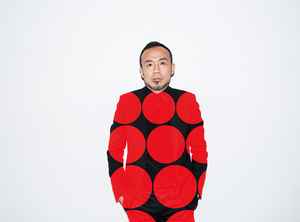 Matsuura is probably best known for his work as one of the three collective members of the United Future Organization in 1990, who released five full albums over 12 years.

Since their demise in 2002, he has concentrated more on DJ-ing at clubs and festivals internationally, producing events and music supervision for notable fashion brands. While his solo production and remix work during this period, often using pseudonym Fantasista, has included many artists, including James Brown, Astor Piazzolla, Gotan Project, Melanie De Biasio, et al.

In 2013, he gathered talented and forward-thinking artists based in Tokyo to produce a project called HEX (30) which presents Tokyo’s progressive form of Jazz to the world, with their debut self-titled album "Hex" (2013) released worldwide on major jazz label Blue Note.