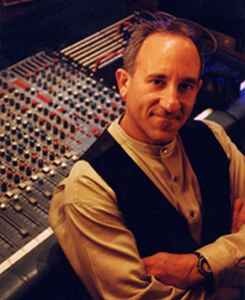 Real Name:
Warren Dennis Kahn
Profile:
US Producer/Engineer/Composer, who has been a professional musician and songwriter since the age of 12. For the last 27 years, he has been the owner and primary engineer/producer of the Banquet Sound Studios, a fully professional digital multi-track studio where he has recorded and or produced over 350 music albums, many with well-known international artists. He has been nominated for 2 Grammy's.
Warren also has a broadcast and media production company called MediaSonics, which has won numerous awards in the commercial and music identity applications.
Sites:
banquetstudios.com
In Groups:
Larkin & Friends
Variations:
Viewing All | Warren Dennis Kahn
Warren D. Kahn, Warren Dennis, Warren Dennis Khan, Warren Kahn