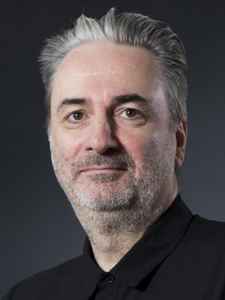 Real Name:
Paul Robert Morley
Profile:
Writer for the NME (New Musical Express) from 1977 to 1983 when the magazine was at its most successful and notorious. An influential collection of his journalism from this period, Ask, was published in 1987 by Faber and Faber. He wrote for the first few issues of The Face, was a regular contributor to Blitz, and was one of the first presenters of BBCs "The Late Show".

In 1983 he formed ZTT with Trevor Horn and Jill Sinclair. Morley was a founder member of The Art Of Noise and was instrumental in the success of Frankie Goes To Hollywood. He dreamt up the 'Frankie Say...' T-shirts, as worn over the years by everyone from Jennifer Aniston to Homer Simpson. His first post-ZTT label was Sense. In 2004 Morley and James Banbury formed a new label, ServiceAV.

His sister is filmmaker Carol Morley. He was married to Claudia Brücken, although they have since separated.

He has written for Esquire, The Observer and The Sunday Telegraph among others, and has contributed to numerous TV and radio programmes, including the "Top Ten" series on Channel 4 and BBC's "Newsnight Review". His memoir Nothing was published to great acclaim by Faber in 2000. His 2003 book Words & Music has been described in The Guardian as 'the best book about pop I had ever read' and 'the weirdest book about pop I had ever read'.
Sites:
Wikipedia, imdb.com, serviceav.com, news.bbc.co.uk
Aliases:
Otto Flake
In Groups:
Art & Act, Image Of A Group, Image Of A Group (2), Infantjoy, Sunday Mornings Raised Spirits, The Art Of Noise, The Saturday Morning Exhaust Types, Thursday Morning Middle Fingers, xZTT/Plus 33
Variations:
Viewing All | Paul Morley
M, Marley, Morle, Morley, Mortey, P Morley, P- Morley, P. /Morley, P. Morley, P.Morley, PM, Paul, Paul Robert Morley, Пол Морли