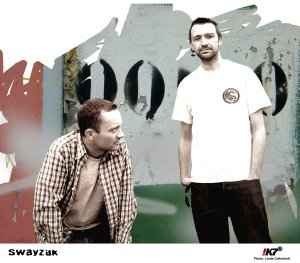 Profile:
Tech house duo from the United Kingdom that consists of James S. Taylor and David Brown. They live and work in London.

The name Swayzak comes from "związek" which means "union" in Polish.

November 22, 2021
Go with Swayzak and let them take you… You will be in good hands, with beautiful electric drums wired for your pleasure… Could be turbulent at times… but do not fall in informous fear, when dub creators operate…