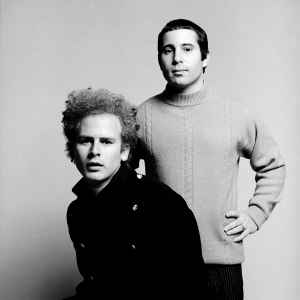 Profile:
Simon & Garfunkel were an American folk rock duo consisting of singer-songwriter Paul Simon and singer Art Garfunkel. They were one of the most popular recording artists of the 1960s and became counterculture icons of the decade's social revolution.

Simon and Garfunkel are one if my "guilty pleasures." When I was younger it was cool to hate them, `cuz their tunes dominated the pop air-waves and were considered soft and sappy compared to the Psychedelic and Garage Rock I was into, or compared to Led Zeppelin or the Rolling Stones. Now that I'm older and wiser, and now that their total output has been remastered and remixed from the original multi-track masters, I've come full circle. Apparently, the original master tapes were used to cut most of the vinyl stampers during the entire history of their records' manufacture and distribution. So the tapes started to degrade and the vinyl LPs started sounding more and more mediocre as time passed. In recent years, the label decided to attempt a sonically high-quality re-issue of their entire catalogue, and the project is finally complete. Each album has been "remixed" to exactly copy the original final mix down, using pristine multi-tracks, creating a sound quality with a very low noise-floor and an amazing faithfullness to what Simon and Garfunkel intended, along with their audiophile-genius engineer and collaborator Roy Halee. Whenever I need to get INTO or even AWAY FROM a certain mood, I can put on my headphones and immerse myself in a totally alternate universe of brilliant songwriting and gorgeous instrumentation. Simon and Garfunkel and Roy Halee were not afraid to experiment with elements of "World Music" or Psychedelia, and their output always surprises you with the odd bongos, organs, twisted string arrangements and liberal use of South American instrumentation underneath the more traditional Pop underpinnings of their folk-based approach to song-writing. Young producers and DJs of today can learn a lot about how to use a studio to create a beautiful and other-worldly sonic and storytelling landscape, and these guys are MASTERS at it.