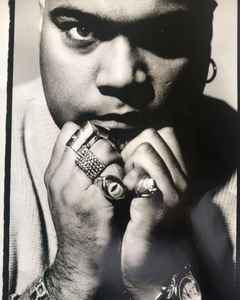 Real Name:
Ahmud Farhad Dookhith
Profile:
DJ/ producer from Colchester, UK. From rare-groove to acid-house to hardcore to jungle, Ray Keith remained one of the most steady DJs on England's breakbeat scene during the 1980s and '90s. After a remix of Orbital's "Chime," he moved into production with apparent ease and became a respected drum'n'bass label-head as well. Keith began DJing soul, hip-hop and rare-groove around Essex and Suffolk in the mid 1980s until the acid house and hardcore explosion of the late '80s and early '90s. His first break playing house was at Oscars in Clacton-On-Sea. He then became a resident at The Crazy Club at the Astoria and latterly Innersense & Movement, as well as now owning the Best Of British organisation. He has had his own radio show on Vibe FM, alongside occasional shows on Kiss FM. By the middle of the '90s, he had become one of the most inspired drum'n'bass DJs and remixers. His own productions, including the jump-up anthem "Terrorist" began taking center stage by the mid-'90s and Keith formed three separate labels -- Penny Black, Dread and UFO -- in 1996. He has worked in close association with Gavin Cheung (aka Nookie) and also works at one of the premiere dance shops in Britain, Black Market Records (after leaving City Sounds). In 1997 he set up a new label -- Dub Dread --, and by 2003 had co-founded a DJ agency, Dread Entertainment Agency alongside his partner, Lena. Keith released the Penny Black collection Breakage, Vol. 1 in 1997, followed by a solo debut of sorts, 1999's UFO Presents Contact.

I am surprised there is not much written up on Ray? Everyone who knows or has met Ray knows he is a true gent and junglist master. For me he is the talented producer of that sound. I call it "that big sound" It's like a heavy, deep, pounding, big rolling sound that only Ray can do. Like a listening to a reggae or dub sound system from the 60's, 70's and 80's.

It rolls through you and then wallops you. Have a listen to his tracks and ones he has influenced, Renegade, Chopper and its remixes, Dark Solider, Sing Time, Yes Yes, and The Terrorist, Chronic 8. These tracks sum Mr Keith and his influence perfectly. He loves experimenting with sounds big time too!

His latest Jungle fi Dread on 31 records is just killer IMHO. If you have ever been to a gig and heard one of Ray's tracks come on, you know what its like. You have to hold on because it will pick you up throw you all over the room. The bass just walks all over you and through you. I am surprised Ray never built his own sound system like Dillinja and Lemon D, imagine that!! Ray is a legend pure and simple, his sound is distinctive. Dread records never gets enough credit, his latest album Prophecy has some real nice tracks on it, some quite experimental. So have a listen and thanks Ray for being such an influence in our scene and dropping that big sound, definitely one of the few kings of the rollers. Dread forever!!

August 15, 2019
Super wicked producer and the fact he still does radio shows online on a weekly basis, dropping classics and new tunes.

March 25, 2002
This guy's tracks can get a party hype like no other.
His Amen Smasher and Amen Rinseout sound is now the classic and one
of the defining characteristics of the Jungle genre. As
Keith has been in the biz for a while, he still hasn't lost
his touch, as his remix of Digital's "Waterhouse Dub" is
nearly as impressive and ear-pleasing as the original!
Anything and everything Ray Keith has done is good. He's
one of the few artists I can't find a track by that I don't
like. I'm really going to have to get his address soon.