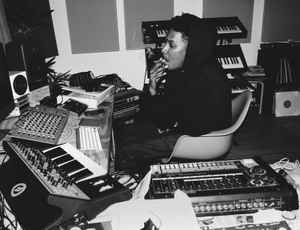 July 21, 2020
I gotta say, this man is one of my modern musical heroes. Me being born in the 70's, growing up in the 80's and 90's, being a breakdance kid in the 80's, buying my own tapes as a kid, and an early raver starting in 1992. Steven Julien has brought things back around for me musically, encompassing all that has been great in the underground throughout these years, and having the balls to create, and release music that is pushing the boundaries beyond the warehouse or club, but still has this sound of hanging on to the roots of what the last 30 years has been all about. And then pushing things into the future again. So much appreciation for him as a producer, selector, and label owner. Thank you for doing what you're doing, and may more people figure this shit out. Shhhhh, Goddamn.