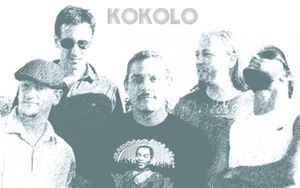 Profile:
Kokolo, also known as the Kokolo Afrobeat Orchestra, is an American Afrobeat band from the Lower East Side of New York City, formed in 2001 by songwriter/producer Ray Lugo. Along with The Daktaris and Antibalas, they form part of the early New York Afrobeat scene that ignited the genre’s current global revival. Their punk-infused blend of Afro-beat, salsa, jazz, and funk has taken them all over the world.