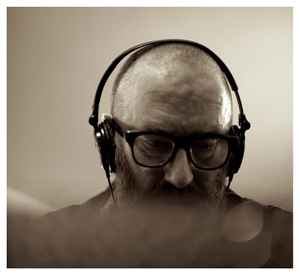 Real Name:
Gary M. Coates
Profile:
Beginning his career in the arts as a painter with an interest in experimental theatre, Adi (Adolphus) Newton formed the electronic trio, The Future, who were one of the first bands to arise in the burgeoning Sheffield, UK, electronic music scene of the late 70s. After recording a few demos which failed to lead to an official release, Newton left The Future (with the other two members going on to form The Human League) and began recording avant garde and experimental music under the name Clock DVA along with Steven "Judd" Turner.

As Newton's interest in the growing culture of industrial music grew, Clock DVA recorded a series of albums to much critical acclaim and he formed The Anti Group (TAGC), an open ended series of multimedia collaborations which revolved around psychoacoustic experimentation and the notion of occult ritual (which had always been an influence on his work with Clock DVA, as well, but were more directly explored with TAGC) as well as recording with Andrew McKenzie (The Hafler Trio) as the Psychophysicist.