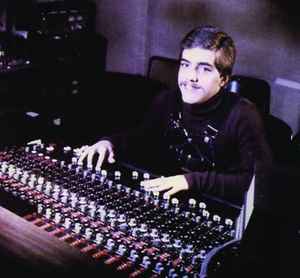 Walter Gibbons was a true "Native New Yorker." Born in 1954 in Queens he had a rather uneventful childhood growing up in the big apple. By 18 Walter was plugged into the emerging gay nightlife scene and he became one of disco's earliest DJs.

In 1972 Walter was the house DJ for the Galaxy21 club on 23rd Street near the Chelsea Hotel. The club was a cavernous affair created out of two brownstone town houses merged together. The club was an a pot pourri of black, latino, gay, whites and straights, all joined in Walter's tribal percussive symphonies played out with religious fervour.

Pre-dating the amazing cut and paste skills later developed by hip-hop DJs, Gibbons would take two copies of a record and work the drum breaks so adroitly it was impossible to tell that the music you were hearing wasn't originally recorded that way. Two cuts that he was famous for using in this trick was "Erucu" from the "Mahogany" soundtrack and "Two Pigs & A Hog" from the "Cooley High" soundtrack.

John "Jellybean" Benitez is quoted as saying; "I thought I was the best DJ in the world until I heard Walter Gibbons play. Everything he was doing back then, people are doing now. He was phasing records, back-beating them for an echo effect, quick cuts and little tape edits that would freak people out.".

Having spent his final weeks living alone in a YMCA, Walter Gibbons died of complications resulting from Aids on 23 September 1994, aged forty years old. One of his final acts was to donate his record collection to an Aids charity based in San Francisco. Only a small number of people attended his funeral, and his memorial service, a dignified affair held on 11 October 1994 at the Church of St. John the Baptist on Thirty-first Street.
Sites:
timlawrence.info, Wikipedia, daily.redbullmusicacademy.com, Facebook
Variations:
Viewing All | Walter Gibbons
W. Gibbons, Walter Gibbens

A true master of his game, his remixes are pure gold. Edits, actually.
And those drums, baby! The fucking drums leak from all over the place!
There's a frenzy, a sort of (apparently) uncontrolled, exuberant energy which is quite unique to his work.
A work of love.

December 18, 2015
Walter's life story seems to me one ripe for a movie. I hope someday they'll do it, and do it right.