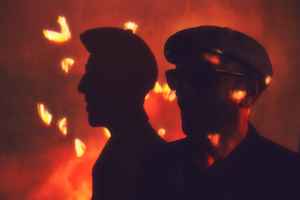 Very versatile in the beginning, he has nurtured his productions while doing club residencies in Paris and Chicago, making his music all the more dancing and developing a very original touch drawing near to the sounds of Chi -Town and New Jersey. By the end of the 90’s, he collaborated with many DJ’s and producers such as DJ Deep, Julien Jabre and Franck Roger among others, thus gaining a real credibility and much respect from the underground Parisian house scene and the world at large.
Sites:
olivier-portal.com, Bandcamp, Facebook, Facebook, instagram.com, SoundCloud, YouTube
Aliases:
Olivier Portal
Variations:
Viewing All | Playin' 4 The City
P4TC, Playin 4 The City, Playin For The City, Playin' For The City, Playing 4 The City, Playing For The City

April 16, 2019
I want his music in download form. It’s really good but it’s hard to get your hands on.
Reply  See 2 replies Notify me Helpful

This easy listening sound that Mr. Portal creates, will take you to another dimension. Higly recommended producer!! Almost all the tracks are such a groovy, jazzy and deep vibe! Music where you make party or just have a chill! Olivier, Respect!!!