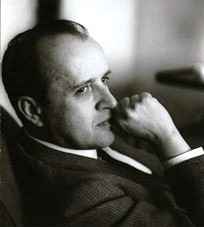 Born into a musical family in Milan, Rota studied at the conservatory there under Ildebrando Pizzetti. His first oratorio, L'infanzia di San Giovanni Battista, was performed in Milan and Paris as early as 1923 and his lyrical comedy, "Il Principe Porcaro", was composed in 1926.

Encouraged by Arturo Toscanini, Rota moved to the United States where he lived from 1930 to 1932. He won a scholarship to the Curtis Institute of Philadelphia, where he took classes in orchestra with Fritz Reiner and had Rosario Scalero as an instructor in composition. Returning to Milan, he wrote a thesis on the renaissance composer Gioseffo Zarlino.

Rota earned a degree in literature from the University of Milan. In 1937, he began a teaching career that led to the directorship of the Bari Conservatory, a title he held from 1950 until his death in 1979. During the 1940s, Rota composed scores for more than 32 films, including Renato Castellani's Zazà (1944). His association with Fellini began with "Lo sceicco bianco" (1952), followed by "I vitelloni" (1953) and "La strada" (1954).

They continued to work together for decades, and Fellini recalled: 'The most precious collaborator I have ever had, I say it straightaway and don't even have to hesitate, was Nino Rota — between us, immediately, a complete, total, harmony... He had a geometric imagination, a musical approach worthy of celestial spheres. He thus had no need to see images from my movies. When I asked him about the melodies he had in mind to comment one sequence or another, I clearly realized he was not concerned with images at all. His world was inner, inside himself, and reality had no way to enter it.'

In all, Rota wrote scores to more than 150 films. Rota wrote several concerti and other orchestral works as well as piano, chamber and choral music.

After his death Rota's music was the subject of the 1981 tribute album "Amarcord Nino Rota". Gus Van Sant used some of Rota's music in his 2007 film "Paranoid Park". His 1977 opera "The Italian Straw Hat", an adaptation of the play by Eugène Labiche was presented by the Santa Fe Opera.