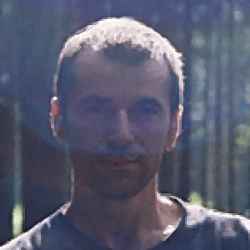 Actually based in Ireland. He began as a visually-based artist, who became increasingly interested in sound and/in space. He has used natural acoustics, found sound, recorded sound and computer generated sound structures. He has had numerous exhibitions and performances throughout Europe and Northern America.